School Board Notes: Mission Statement To Be Updated 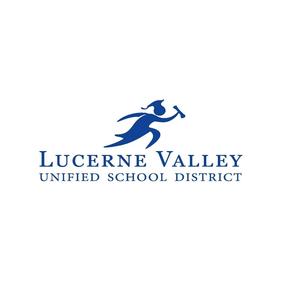 The following information comes from the Board, Superintendent and Administrator Report section of the October 8th meeting of the Lucerne Valley Unified School District’s governing board.
School board vice-president Jessica Risler suggested the board consider changing one word of the district’s Mission statement to reflect the recent strides made by the district. First, Risler, who conducted the October 8th meeting, read the Mission, Vision and Belief statements aloud:
“Lucerne Valley Unified School District is committed to becoming a model district in the State of California. Our students will be prepared academically, socially, and ethically to become lifelong learners and responsible, productive citizens.

“All students will be proficient in State grade-level standards as determined by valid assessment measures. This will be achieved through the use of a highly qualified and trained staff, full implementation of effective curriculum, and research proven interventions under the guidance and support of highly qualified administrators. LVUSD will be a safe, caring, supportive environment for all.

“We embrace being a small district where each student has a name and not just a number.”
“I thought we’d alter the word ‘becoming’ to ‘maintaining’ a model district in the State of California,” said Risler, who recently completed the Masters in Governance training where the importance of having a current mission statement was discussed.
She asked for input by her fellow board members. Board President Tom Courtney suggested, “Or ‘continue’ to be a model.” Assistant Superintendent Nate Lambdin, who also serves as co-principal of the Middle High School, said, “The mission will not change. The mission is the mission. It’s just substituting the word ‘being’ from ‘becoming’. The mission is being a model school district.”
Longtime teacher Cindy Lazenby, who is a principal designee, suggested the phrase “maintaining our status as a model school district,” prompting Courtney to say, “That’s why she’s an English teacher!”
Following a conversation started by school board member Jim Harvey, Superintendent Peter Livingston suggested formally bringing the topic back to a future board meeting as an action/discussion item.

WORKING TO REOPEN ALL SITES

Board President Courtney said he is making an ongoing effort to inform members of the California School Boards Association that rural, remote Lucerne Valley shouldn’t be bundled into San Bernardino as a whole when considering school reopening.
“I’m still pounding on the state-level folks to understand San Bernardino County is not one area,” Courtney said. “It should be broken into geographical areas because there’s no reason criteria-wise that we shouldn’t be fully open. None. And when you throw us in the whole county — of course the city of San Bernardino, Rialto, all of those towns there I think they’ve got some (Covid-19) issues going on — but it’s a whole lot like talking to a wall. They just don’t want to hear it.”
He added, “And they really hate that our teachers are so cooperative. That’s the first question they always ask me: ‘How did you get your teachers to do that?’ ‘They did it in an hour, buddy.’ That really makes them mad.”
Courtney also commented on having a productive meeting with Mitsubishi Cement mine superintendent Austin Marshall and Ride in the Rocks event director Sarah Alvarado. The three talked about teacher mini-grants, the Ride in the Rocks event, which has been postponed until next year, and student scholarships.
“He was more than cooperative,” Courtney said about Marshall. “He has lots of ideas. He knows his stuff. We want to make our scholarships available to career technical (students). Some career technical classes cost more. Mitsubishi wants to do it.”
Every year, the Mitsubishi Cement Corporation Educational Foundation donates thousands of dollars to Lucerne Valley schools.

Lucerne Valley Elementary School’s hybrid schedule continues to go well, according to Principal Ricky Anderson.
“So at the elementary site things are going really well,” Anderson said. “I’m really proud of our team. Vici Miller and Dolores Barela have gone out and done home visits and reached a lot of families that we lost connection with. We’ve actually had a couple families come back.”
Mr. Anderson said that the families of several students who have been pleased with virtual distance learning are “seeing how hybrid’s working” and have decided to join the school’s hybrid plan. “The water’s fine.”
“Teachers have been working extremely hard especially doing with Social-Emotional (Learning) for kids as well as academically,” Anderson added. “Peter (Livingston) and I did some walk-throughs today and a lot of kids are engaged. There are a lot of full classrooms, which is great.”
He also said that SIA Multi-grade students came back for four days. “Parents were happy. Kids were happy. The teachers were happy to get back to some normalcy.”
New LVES assistant principal Joanna Mora reported that she is going into classrooms and doing observations. She met with the third grade team and talked about co-teaching opportunities.

Although the Middle High School doesn’t have the same on-campus activity as the elementary school, there is a lot of hard work going on by teachers and administrators to ensure students are learning.
“Kelly and I are really enjoying our roles as co-principals,” said co-principal Nate Lambdin who also serves as an assistant superintendent. “We’re finding it to be really effective. We’re getting a lot done. Kelly is absolutely amazing. How much she’s able to get done on a given day, it’s incredible.”
Mr. Lambdin also commented on the school’s educators, such as FFA advisor Troy Van Bavel who earlier in the board meeting gave a well-received presentation on the FFA program. “They’re going beyond whatever we thought they could do in the classroom. They’re making it happen for our kids, keeping their interest up.”
Mr. Lambdin also introduced new school counselor Kevin Barda. “He’s got a lot of work ahead as we investigate the different options we’re going to have for our hybrid model as we’re able to return under (state and county) guidelines. It’s going to mean a lot of work on behalf of the counseling office to ensure we can accommodate all of our kids. He’s got a lot of challenges ahead, but he’s up to the task.”
The co-principal also was very pleased with the hiring of Adriana Barajas. “It’s amazing to have a bilingual person up here (in the front office) all day,” he said.
Co-principal Kelly Boeing commended the IT team for helping to close the technology gap, especially for students without internet service at their homes. “If we can’t get that internet for them, we’re going to get them here. We’ve got it for them.”
Teacher Cindy Lazenby shared exciting news at the school’s Virtual Academy, which is for students unable to be a part of other cohorts due to work or family responsibilities. There are 82 students in the Virtual Academy, she said.
“Most of our kids are pluggin’ along,” Mrs. Lazenby said. “We have some that are just not connecting. We’re working on some solutions. One is to take advantage, hopefully, of the cohorts here. If you’re not going to do the work at home you can come to school four days a week and at least during that time we’ll have you get some progress. So we’re trying to get that worked out.”
“The big exciting thing for us is (LVES teacher) Mrs. Mary Eller has contact for a teacher liaison for NASA and all of our kids have been learning about space exploration and we’re targeting the Perseverance Mars Rover. It was launched July 30th of this year, and it will arrive on Mars February 18, 2021. She will be a guest speaker and she’s agreed to do all of our classes (including AVID students). The kids are going to culminate the whole thing with building their own Mars rover and that it’s edible. They are so excited.”

Board Secretary Chelsea LaGrange said as a parent, “everybody’s super supportive.” The president of the Lucerne Valley Museum Association, LaGrange also commented on a special presentation at the museum on October 22. For more information on the Museum, visit https://www.lucernevalleymuseum.org/
Board member Jim Harvey commented on how well the school district is doing despite the challenges of the coronavirus pandemic. “The community is very, very happy and supportive of the progress.”
Board member Ruben Medina, who has been out due to health reasons, said he was very glad to be back. “We’re happy to see you back, Ruben,” Risler said. Other board members concurred.

Superintendent Peter Livingston described enrollment as, “Positive, positive, positive. We continue to be up.” Enrollment was 845 for September, and it’s risen slightly since then. The elementary school is up to 485 students.
He touched on the “ongoing fight” with Gov. Gavin Newsom’s decision to not completely fund charter schools. He said the LVUSD is working with other small school district superintendents on a plan to challenge the budgeting decision. “We’re going to lose approximately 3% of our funding if they don’t fix that, that we’re entitled to. That’s absolutely pathetic in my mind.”