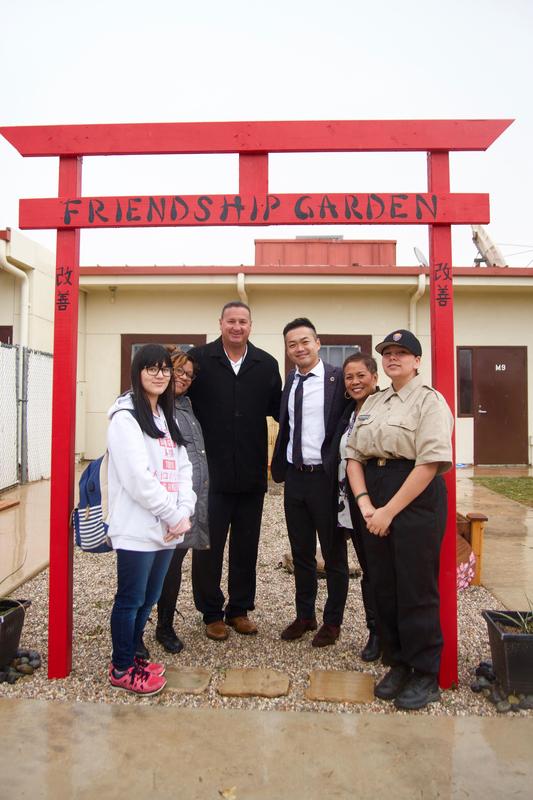 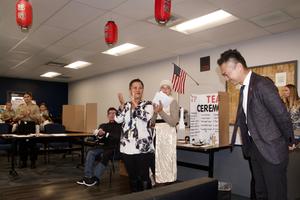 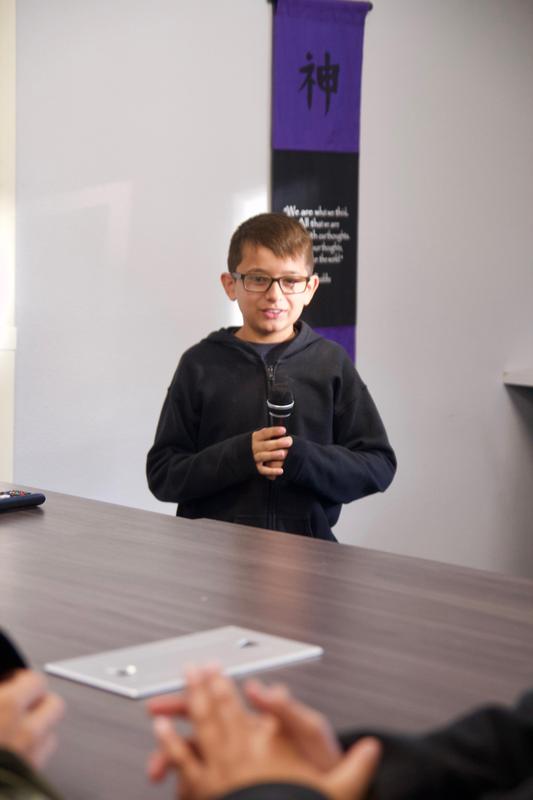 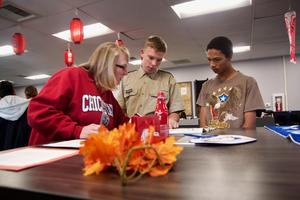 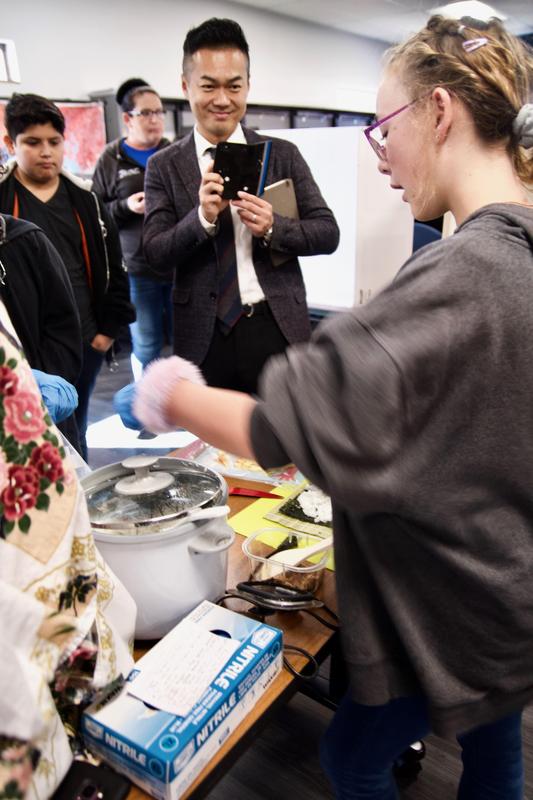 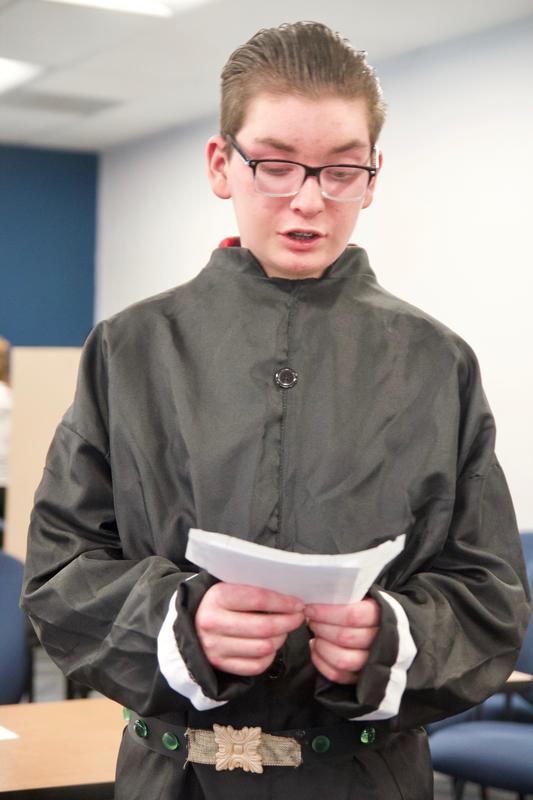 For one day last week the new Media Center at Lucerne Valley Middle High School was transformed into a hub of all things Japan.
A number of students were dressed in kimono while a team of creative culinary students created tuna, rice and nori sushi. Project displays highlighted Japan’s rich — and incredibly long — history and students such as talented presenter Nathan Bhojwani, an LVMHS 8th grader, shared Japan’s vital statistics and demographics at one of the center’s media stations.
The Middle School Japan Fair on Wednesday, which was organized by teacher Naomi Oyadomari, coincided with a visit from special guest Mr. Arihiro Yokota, a senior fellow at the Keizai Koho Center in Japan. Mr. Yokota visited LVMHS while on a trip from Toyko to the National Council for the Social Studies Conference in Austin, Texas along with other U.S. educational events.
While in Lucerne Valley, the Japanese educator was given a tour of the new “Friendship Garden” in the Middle School quad. The Japanese Zen Rock Garden was constructed by a group of devoted volunteers who contributed countless hours to provide students a peaceful place to spend a break from classroom studies or sit with friends. The garden was the result of a visit to Japan last summer by longtime teacher Naomi Oyadomari, who was awarded a Keizai Koho Center fellowship.
As part of “Ms. O’s” obligation for her fellowship she was to create a lesson unit incorporating the teaching of Japanese culture with her current curriculum. Her English Language Arts students also have read “Farewell to Manzanar” about life in the Manzanar internment camp during the 1940s.
The LVMHS Media Center was featured in an article in a Japanese newspaper. The Media Center is the school’s answer to a transformation of U.S. school libraries from books to multi-media.