Roadrunners’ Toy Giveaway Is All About The Children 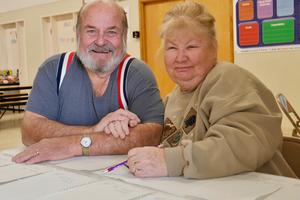 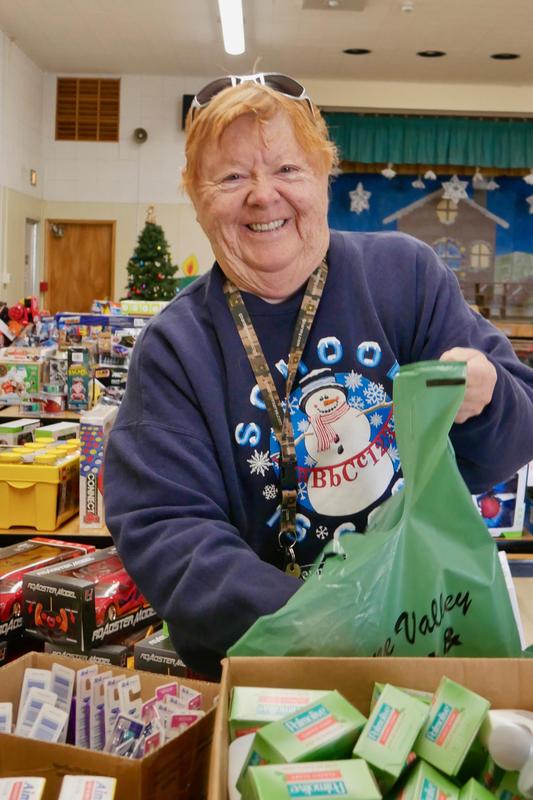 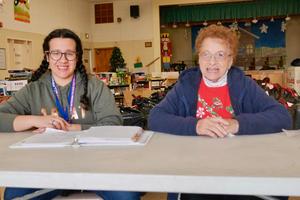 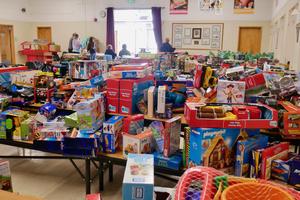 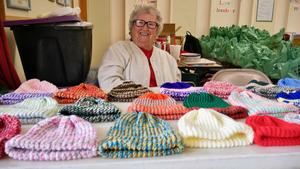 Annual event at Lucerne Valley Elementary School benefits local children as do other Roadrunner events.
By Peter Day
The sheer volume of gifts collected by the Lucerne Valley Roadrunners never ceases to amaze, and this year’s Gift Giveaway was no exception.
On Thursday, December 19, Roadrunner members and a team of LVMHS student volunteers bagged, boxed and organized the toys and other gifts. The next day, on Friday, die-hard Roadrunners again gathered at Goulding Hall for the actual giveaway.
With longtime volunteer Woody Hart manning the front door, Lucerne Valley parents — who previously signed up for the gift giveaway — came one-by-one to receive large bags of gifts that are sure to make Christmas a special day for their loved ones.
Altogether, according to event organizer Billie Stebbins, the Roadrunners handed out gifts for 300 Lucerne Valley children. Additionally, Chuck Bell and Jerry Byars gave small hams to 97 families from Bell’s classic farm-worthy pickup truck.
“I’ve got a good group of people helping out,” Stebbins said.
Friday’s crew consisted of Roadrunner President Pam Hart along with her husband Woody, Roadrunners Billie Stebbins (who also serves as LVMHS office clerk), Jo Richards and Pat Lugo; college students Bekah Hart and Carolyn Prudencio; and high school volunteer Kayleigh Safahi.
According to longtime volunteer Jo Richards, the Roadrunner started its gift giveaway in the 1970s when it was an auxiliary of the Lucerne Valley Chamber of Commerce. In 2000, the Roadrunners filed as a charitable organization. (Donations can be made tax-free).
Through the years, the Lucerne Valley Roadrunners have hosted a number of other annual events for the Lucerne Valley community including the annual Easter Egg Hunt, Bikers’ Toy Run (with donations going to the Toy Giveaway), Tailgate Trunk-Or Treat and much more.
“The Roadrunners are for the kids,” Richards said. “Our mission is for the children.”
Peter Day currently is a social media advisor for the Lucerne Valley Unified School District.