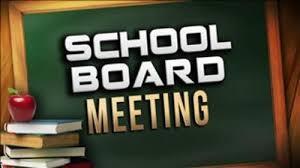 By LVUSD Social Media
While some school districts experience difficult and sometimes contentious teacher contract negotiations, longtime Lucerne Valley Unified School teacher Vici Miller said their recent negotiations with the LVUSD went smoothly and quickly.
Miller said that teachers from other districts are still hoping to receive a 1/2 percent increase — for the previous school year. Some districts also have brought on mediators to help with strained teacher salary negotiations. But Lucerne Valley teacher negotiations, with Superintendent Peter Livingston serving as lead negotiator, were relatively easy. The result was a much appreciated 2% salary increase.
“We feel very good,” Miller said.
The school board voted 4-0 to approve the tentative agreement.
Livingston credited the teachers for the excellent work and dedication to their students.
The school board also approved a tentative agreement with the California School Employees Association (CSEA) and its Local Chapter 743.
“The new classified contract raises the starting salaries by eliminating step 1,” Livingston explained. “Our incoming salaries have raised over 3%. We created a new step 11 that also increases salaries for long term employees. All classified staff benefited from an hourly increase in wages and for full time classified staff there was an increase in the caps for benefits. These increases allow us to keep up with minimum wage increases and make our salary schedule more competitive with surrounding districts.”
The unrepresented CTE Teachers group also received a pay schedule also increased by 2%. The pay raise will be equivalent to that of other groups. Substitute teachers, which have not seen a raise in at least four years, also received a raise from $140 per day to $150 per day. Long term substitutes received a raise of $150 per day to $160 per day. The raises will help attract high quality substitutes for district students, according to the district.

The board also approved amendments to the Superintendent’s contract, which was submitted by an ad hoc committee of board members Tom Courtney and Jim Harvey. Originally set to end on June 30, 2022, Livingston’s new contract includes a four-step salary increase schedule and an end date of June 30, 2024.
Assistant Superintendent Nate Lambdin, who also serves as the Middle High School’s co-principal with Kelly Boeing, received a stipend increase from $5,000 to $8,750. The increase reflects Lambdin’s increase in duties following the retirement of Burt Umstead, who served as an assistant superintendent and principal of Lucerne Valley Elementary School. Former LVES Assistant Principal Ricky Anderson has taken over Umstead’s principal position.
With oversight of the district’s charter schools doubling, Chief Business Officer Doug Beaton received a stipend increase from $5,000 to $8,750.

The school board approved the district’s 2020-2023 Emergency Plan for Infectious Disease, which was first created earlier this year after the COVID-19 pandemic hit. The plan is intended to guide the district in the case of an infectious disease outbreak (including COVID 19). It is a working document and will support decision making moving forward, according to the district.
The board also approved the 2020-21 Budget, which was presented by Beaton.
The Local Control Funding revenue is “down substantially,” Beaton said. Expenditures are going up from years prior with the largest part, 79%, going to salaries. Total budgeted expenditures is $13.2 million with a projected year-end balance of $2.6 million.
Lucerne Valley and other California school districts are awaiting the state’s final budget, which was not approved by the Legislature. Newsom had slashed $14 billion from the state’s schools, health care and safety net programs. “We should know in a couple of weeks what’s going to happen,” Beaton said.
The district would have 45 days to do a revision if the state budget is substantially different, he added.

Not only was the innovative Lucerne Valley High School graduation a success, but it was perhaps the most meaningful high school graduation ceremony in memory. That was the sentiment of many at the recent LVUSD school board meeting.
“You know we forget how many people it takes to run such and event,” Lambdin said. He credited the maintenance and operation department for setting up, the Lucerne Valley Chamber of Commerce for the flag donations, Mitsubishi Cement Corporation Education Foundation doing photography, Middle High School and Elementary School staff working the event. He said he enjoyed seeing the positive comments on the district’s Facebook page, which live-streamed the ceremony.
“Probably my favorite moment would have to be when our student Walter Williams received a $20,000 scholarship from the Mourning Sun Children’s Foundation.”
Lambdin credited the hard work before and during the ceremony. Then the following Monday was the 8th grade promotion.
“Who would have thought that this year when the districts across the U.S. were all disappointed, but not here. That was a great feeling.”
Miller also credited Mountain View High School administrative designee Victoria Kessler for putting in supreme effort into the school’s recent graduation ceremony. She also credited alternative education assistant Jonnie Ross and Livingston, who serves as principal of the school.
Veteran education Patrick Leier gave an update on the districts charter school oversight. Also, a Granite Mountain Charter School representative presented proposed material revisions, which the board approved.
“Each (charter) school really does a great job with their kids,” said Umstead, the retiring LVUSD assistant superintendent assigned to charter school oversight. “And they know their kids needs, they know what they need and they find a way for that to happen.”
The school board also approved the Agriculture CTE Incentive Grant application for 2020-21. The total award estimate is $17,652. School board members also discussed recently being named a “District of Excellence” by the California Small School Districts’ Association (SSDA).
No school board meeting will be held in July; however, the board may schedule its annual Board Self-Evaluation meeting during the month.