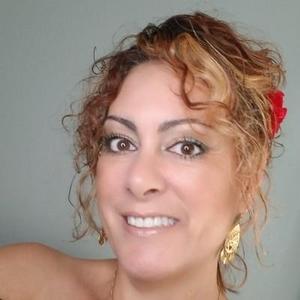 Former Lucerne Valley resident Stephanie Cervantes encourages Virtual Academy students to consider the dental field when looking at future career choices.
By Peter Day
LVUSD Social Media
As the Lucerne Valley Virtual Academy’s first career presenter, dental professional Stephanie Cervantes gave students a lot to sink their teeth into.
Also participating in the Zoom meeting was high schooler Gunnar, elementary-aged students Devin, Aaron and Johnny, and Virtual Academy teachers Mrs. Eller and Mrs. Lazenby. All attendees of last Friday’s event participated via Zoom from their home or classroom.
A former resident of Lucerne Valley who recently moved to El Paso, Texas, Mrs. Cervantes has served in several capacities of the dental business over the last three decades. Prior to graduating from dental assisting school in 1991, she explored several career possibilities in her high school’s Regional Opportunity Program (ROP is now known as Career Technical Education, or CTE) including banking and nursing.
Initially, she wanted to be a nurse but ultimately didn’t like the idea of giving — or receiving — shots, so she changed her career direction from the medical field to dental. Along with her dental classes, she had a hands-on experience through her nearly 300-hour “externship,” which took her to a real-world dental business.
As her father told her, Mrs. Cervantes expressed a willingness to do whatever was asked of her during her externship. “It included taking out trash, sweeping and working with the dental assistants and hygienists. I did whatever they needed.”
In the beginning of her career, Mrs. Cervantes was hired to serve as the office manager of a new dental practice. Two years later she became a dental assistant at a dentist office in Rancho Cucamonga followed by another dental assistant stint in Phillips Ranch. She assisted with all aspects of restorative dentistry including implants, dentures, crowns/bridges and veneers. She made impressions, poured and trimmed casts, and made and adjusted temporaries and also assisted during surgeries including bone grafting and extractions.
Then, just five years after beginning her dental career, Mrs. Cervantes moved into management aspects of the dental field, first as technical director, then a scheduler, followed by treatment coordinator, administrative director and finally a corporate executive director. Since 2013, when she joined ViVE Dental Management in Hesperia, she has served as office manager. She currently is office manager at Access Dental in El Paso, after she and her husband David moved from Lucerne Valley last fall.
The world of dentistry has numerous career opportunities, she told the curious Virtual Academy students. There are a number of specialties which provide variety. She explained that when she started she made $8 an hour, but over the years, as her experience grew, her income increased. A manager of several dental offices — a position Mrs. Cervantes has held — can make more than $100,000 a year.
According to the U.S. Bureau of Labor, dental assistants made an average of $40,000 while dental hygienists earned an average annual salary of $76,220 in 2019. Dentists make, on average, $175,000 a year.
Mrs. Eller has planned several guest speakers to inspire career choices for Virtual Academy students through the end of the school year. “As we rush headlong into the end of the school year I have been planning some fun things.”
They include presentations by a hotel manager, and a writer of cartoons. Students also will participate in a virtual field trip to High Desert Power Plant. Jordan Romero, 24, a former Lucerne Valley Elementary School student, is scheduled to share his experience as climbing to the summit of Mount Everest at the age of 13 on Friday, April 30th.