IN THE NEWS: Jordan Romero Reaches For the Mountaintops 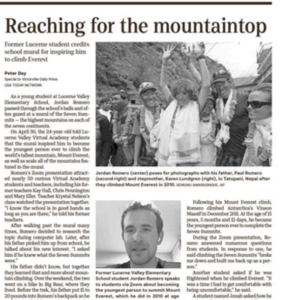 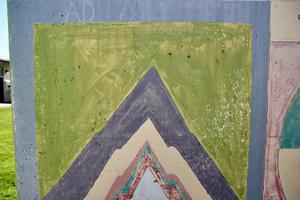 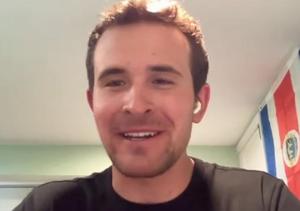 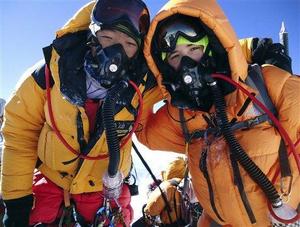 Lucerne Valley Virtual Academy speaker Jordan Romero was featured in a Daily Press article. Jordan, a former Lucerne Valley Elementary student talks about how a mural at the school inspired him to climb Mt. Everest and the other Seven Summits of the world.
This article previously appeared in a print version in the Daily Press newspaper.
By Peter Day
As a young student at Lucerne Valley Elementary School, Jordan Romero would gaze at a mural of the Seven Summits he passed daily in the school’s halls. On Friday, April 30, the 24-year-old told Lucerne Valley Virtual Academy students that the mural inspired him to become the youngest person ever to climb the world’s tallest mountain, Mt. Everest, and eventually scale all of the mountains featured on the mural.
Romero’s Zoom presentation attracted near 50 curious Virtual Academy students and teachers including his former teachers Kay Hall, Chris Pennington and Mary Eller. Teacher Krystal Nelson’s class all watched the presentation together. “I know the school is in good hands as long as you are there,” he told his former teachers.
Romero shared his story:
After walking past the mural many times, Romero decided to research the topic during Computer Lab. Later, after his father picked him up from school, he talked about his new interest. “I asked him if he knew what the Seven Summits were.”
His father didn’t know, but together they would learn that and more about mountain climbing. Over the weekend, the two went on a hike in Big Bear, where they lived, but before the trek his father put 15 to 20 pounds into Romero’s back pack so he could get a feel for carrying a load. Fatigued from the hike, Jordan knew he had a lot of work to do. That was in 2005.
Soon, Romero and his father were hiking regularly in Big Bear, which has an elevation of just over 6,700 feet, and in 2006 his father asked if Jordan wanted to travel to Africa and climb Mt. Kilimanjaro, one of the Seven Summits, which stands 19,341 feet high.
After they finished the climb, he declared, “One down. Six to go.”
Next, they climbed the 7,310-foot Mount Kosciuszko in Australia in April of 2007 followed by Mount Elbrus in Russia a few months later, the 22,838-foot mountain Aconcagua in the Andes of South America that December, another 20,000-foot summit, Denali, in Alaska, in the summer of 2008, and Indonesia’s Mount Carstensz Pyramid in September 2009.
Finally, Romero shared with the students, he, his father and step-mother Karen Lundgren decided to attempt the summit of the tallest mountain in the world, the 29,032-foot Mount Everest, in the spring of 2010.
Due to the extremely high cost of a Mt. Everest summit attempt — a standard support climb today costs $28,000 to $85,000 per person — they set out on an extensive grassroots fund-raising drive. Besides using their household income, they sold T-shirts, and welcomed any community sponsors such as restaurants and other businesses. Romero — who started earning money with a lemonade stand at the age of 10 — even began public speaking.
“We improvised along the way,” Romero said.
The elementary school did their part to promote Romero’s dream. Teacher Mary Eller donated $500 from a Mary Kay fundraiser she held on Jordan’s behalf. The school community purchased T Shirts that Romero sold to promote the Everest and other summit climbs, and the local Lion’s Club held a special LVES hot dog fundraiser to drum up support.
While the other summits took a total time of 10 days or less, climbing Mount Everest was a 50-day affair. Without gradually adapting to the high altitude, the climbers could get Acute Mountain Sickness, or AMS, in which the red blood cells don’t get enough oxygen. If a climber suffers from AMS at a critical part of their climb, they could die.
“You don’t want to get out of your sleeping bag,” Romero said. “That’s why we spent so many days up there.”
Following his Mount Everest climb, Romero climbed Vinson Massif in December 2011. At the age of 15 years, 5 months, and 12 days, he became the youngest person ever to complete the Seven Summits.
During the Zoom presentation, Romero answered numerous questions from student. In response to one, he said climbing the Seven Summits “broke me down and built me back up as a person.”
Another student asked if he was frightened when he climbed Mount Everest. “It was a time I had to get comfortable with being uncomfortable,” he said.
A student named Jonah asked how he got down from the summit of Everest. “You have to climb down the same as you climb up,” adding that going down can be more dangerous because climbers are weak and can let their guard down.
Riley, another student, asked if he had any dangerous moments during the climb. “Luckily there were not too many rough calls.” However, there was one just below Camp 1 while climbing Mount Everest. A massive piece of a glacier wall came down. “It was incredibly terrifying. I thought I was going to die.”
He also encouraged them to do what he did: write goals down in a journal. “The sky’s truly the limit for you guys as well.” Romero also was quick to credit the school for its impact on his life. “Without Lucerne Valley Elementary I wouldn’t be here.”
Currently Romero, who works for a fly fishing boat company, lives in Salt Lake City where he passionately pursues several outdoor sports including mountain biking, trail running and skiing.
Romero’s book, “No Summit out of Sight,” is available on Audible, Amazon and other online stores. More information can be found on his website, jordanromero.com.