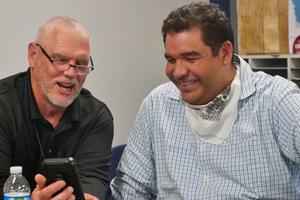 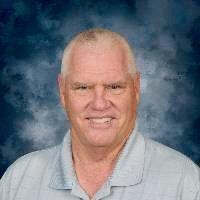 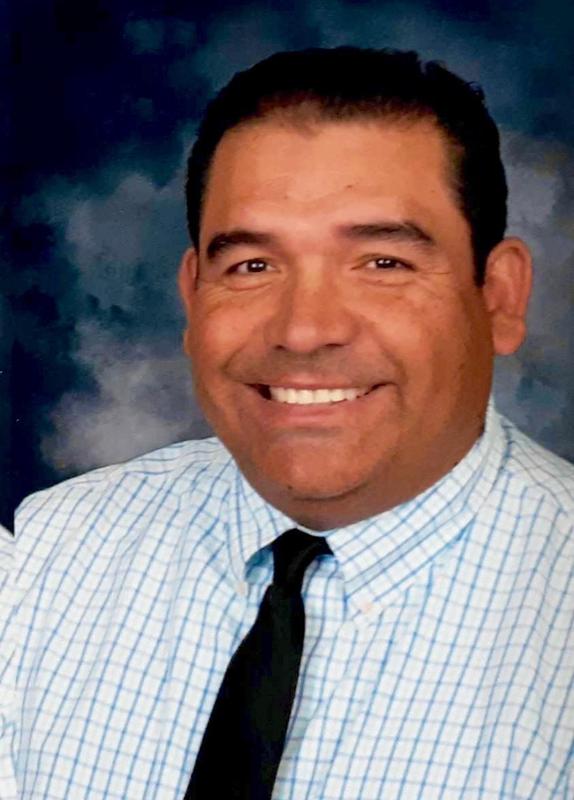 Ricky Anderson will take over as principal on July 1; Joanna Mora begins as Assistant Administrator on the same day.
By LVUSD Social Media Staff
Mr. Burt Umstead, the veteran educator who spearheaded Lucerne Valley Elementary School’s turnaround, will retire, and current assistant principal Mr. Ricky Anderson will take his place as school principal.
The move became official during the May 14th regular meeting of the Lucerne Valley Unified School District’s board of education when the board voted unanimously to hire Anderson as principal. Several months ago Umstead quietly announced his intention to retire at the end of the school year.
Praise for Umstead’s accomplishments at Lucerne Valley came from all quarters.
“During his tenure at the Elementary School enrollment has grown to 485 students up from a low of 336 students in 2015-16,” Superintendent Peter Livingston said. “Burt has been a student centered leader who always put his focus onto what was best for kids.”
Appointed a district assistant superintendent midway through his tenure, Mr. Umstead has worn many hats. He has been a huge support to bringing Multi-Tiered Systems of Support initiative to the district. Mr. Umstead also has led the district team that has been working with County support to bring academic, behavior and social emotional learning programs for our students, according to the superintendent.
“Burt has also been active in our charter oversight process as well as representing us at Assistant Superintendent meetings.”
Mr. Umstead also shared his education expertise at conferences. In March, he was a speaker at an event in Victorville featuring internationally known pediatric neurodevelopmental psychologist Dr. Kiti Freier Randall. The Lucerne Valley principal spoke about “Changing the Trajectory of Kids in Chaos.”
Mr. Nate Lambdin, principal of the Middle High School and also an assistant superintendent, credited Umstead for making a tremendous difference.
“Burt has made a tremendous impact on our district,” Mr. Lambdin said. “His passion for leading school-wide and district initiatives is admirable. He has been a great mentor, co-worker, and friend to me.”
Mr. Umstead’s three-year service at the elementary school completed a diverse career. Previously he served as principal of Piñon Mesa Middle School, and assistant principal stints at Serrano High School and Silverado High School.
What is the affable soon-to-be retired principal going to do next? Earlier, he bought a house in the scenic Eastern Sierra village of June Lake, and at the board meeting Mr. Umstead announced he would be picking up a 17-foot fishing boat on the weekend that he had recently purchased.
NEW PRINCIPAL: RICKY ANDERSON
Mr. Anderson, who takes over as LVES principal on July 1, already has made a huge impact on the school and its students. Serving as the school’s Assistant Administrator of Instructional Improvement and Academic Coaching for the last school year, Mr. Anderson’s 17 years of education experience brings a special insight into new successful programs and teaching methods.
Earlier this year, Mr. Anderson, a former college baseball pitcher, was instrumental in a teacher collaboration arrangement with Challenger School of Sports and Fitness in Victorville. Teachers traded visiting schools to observe classrooms and learn other teaching ideas.
Mr. Anderson’s hiring was greeted with approval by his current boss and mentor, Mr. Umstead, and applause from the audience at the recent school board meeting.
Anderson credited Mr. Umstead, Mr. Livingston and others who helped him along the way on a social media post after his hiring. “It wasn’t the easiest of roads, and there were many setbacks along the way,” Mr. Anderson wrote. “I learned from my many failures, stayed determined, and kept the faith.”
Taking over Mr. Anderson’s Assistant Administrator of Instructional Improvement and Academic Coaching position at the elementary school will be Joanna Mora, a highly recommended educator who has grown in leadership at prior districts. The hiring fills one of our LCAP priorities and will support in addressing “red” performance levels on the California School Dashboard among many other duties to support staff and students.
Ms. Mora also begins on July 1.
---------------------
PHOTOS:
#1 Mr. Umstead and Mr. Anderson check out a video Mr. Umstead created for the students.
#2 Mr. Umstead
#3 Mr. Anderson