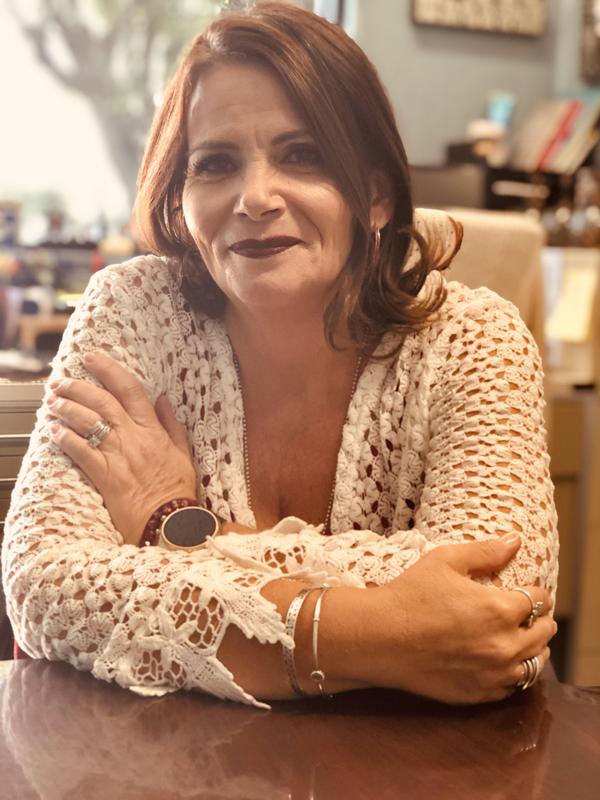 Joanna Mora brings experience, passion, understanding to AAIIAC position.
By LVUSD Social Media
Lucerne Valley Elementary School’s new Assistant Principal Joanna Mora is no stranger to small towns.
Mrs. Mora grew up in Oro Grande where she learned to love the small town vibe. With less than 1,000 residents, the unincorporated community on old Route 66 taught her about neighborliness and taking it easy. She attended the local elementary school before riding the bus every day to Victor Valley Jr. High School and later Victor Valley High School.
“I loved it where I grew up. It was a nice little town.”
Since school began in early August, the administrator — technically the Assistant Administrator of Instructional Improvement and Academic Coaching — has found her place in a cozy office in the heart of the LVES campus overlooking a verdant courtyard.
“So far it’s been great,” she says.
Before coming to LVES, she worked in a variety of capacities for a total of 16 years at Options for Youth, a charter school with several locations in the High Desert. She began as a teacher, became a teacher-mentor and then served as Assistant Principal. She and her husband Mark Mora, currently a physical education teacher who has coached football and baseball at area high schools, moved their family to New Mexico.
However, after one school year the couple realized that despite the beautiful New Mexico landscape the grass isn’t always greener, and so they decided to move back, settling in Apple Valley. Back at Options for Youth, Joanna added a few more feathers to her cap: She served as an English teacher and a regional teacher trainer for all local Options for Youth school sites.
Like at her previous position, one of Mrs. Mora’s main duties is coaching teachers, so increasingly she will be observing classes. Last year, the school collaborated with teachers and administrators at Challenger School of Sports and Fitness in the Victor Elementary School District. Over the course of months, each school sent teams of educators to watch and learn at the other school. But this school year, because of the ongoing COVID-19 pandemic, the teachers can’t easily visit other campuses, so LVES teachers are visiting each other’s classrooms to gain knowledge and share ideas.
Mrs. Mora also joins Principal Ricky Anderson when they hand out “Eagle Feathers,” which are used as incentives to reinforce the school’s motto, S.O.A.R. — “Safety first, On time on task, Act responsibly, Respect self and others.” “He’s awesome,” she says about Mr. Anderson. “He’s a great guy. Ricky’s a hard worker, and he has a great sense of humor.”
Just weeks after Mrs. Mora arrived, Lucerne Valley Elementary School was given the green light to start a hybrid learning schedule. The new schedule consisted of two student cohorts in which each would have two days in class and three days of distance learning at home.
“We’re getting into a new norm.”
While no-school Wednesdays allow Mrs. Mora and other staff members time to connect with parents and work on teaching plans, she much prefers when students are on campus.
“I’m so happy when the kids are here. They’re awesome! I think they’re all happy to be back with their friends. I think they’re all very thankful to be here.”
Mrs. Mora enjoys Disney characters, especially powerful female villains. In Mrs. Mora’s school office is the headress of Maleficent, the lead character of the Disney Pictures fantasy movie featuring Angelina Jolie. At home, sports takes center stage. With three sons aged 22, 26 and 28 — and her husband being a coach — sports is very important to the Mora family, and she loves it too. “I love the Dallas Cowboys, and I’m a Dodger fan.”
Mrs. Mora envisions a day when Lucerne Valley Elementary School can get back to the way things were.
“I’m hoping for the reset button on December 31st,” she says. “It would be nice to get back to the real normal.”