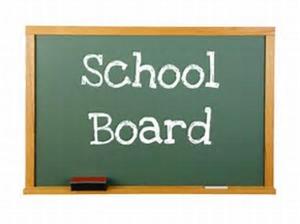 Bailey Jones, who has served as Lucerne Valley USD’s Health Technician, was named the district’s full-time nurse during Thursday’s monthly meeting of the Board of Trustees. Effective January 1, the move increases her hours from 5.75 hours per day over 134.5 days to 8 hours a day, 181 days during the school year.
The school district community has shown a desire for a full-time nurse in previous Local Control and Accountability Plan (LCAP) surveys. A registered nurse, Ms. Jones received her Bachelor’s degree.
“I think this is terrific,” said School Board Member Jim Harvey.
In other action:
• The school board ratified a Memorandum of Understanding between the district and the Lucerne Valley Teachers Association regarding a calendar change. The MOU will revise the existing 2020-21 school calendar to address needs to quarantine due to the coronavirus after the Winter Holiday break. The teacher workday scheduled for January 4 will be moved to June 1. The additional four days taken in January will be moved to the last week of May.
• The school board approved increasing substitute classified workers pay to $15 an hour effective January 1. Senate Bill 3, which was signed by former Gov. Jerry Brown in 2016, increases minimum wage to $15 an hour by 2022.
• The board approved several additional MOUs including one with the LVTA regarding retirement incentives, one with the CSEA Chapter #743 regarding a modified work week, and another between the the district and the Victor Valley Community College regarding CTE courses.
The January 14th meeting began with the awarding of Employee of the Month awards to teacher Jessica Haecker and maintenance and operation team member Micah Rowland. (See story HERE).
During the Information/Discussion portion, Superintendent Peter Livingston said that district enrollment continues to climb with year-end numbers at 876 students, up from 714 of 2016-17. “That’s good news,” Mr. Livingston said, adding that as a result of increased enrollment Lucerne Valley Elementary School will soon be interviewing for an additional 5/6 combination grade teacher.
LVES Principal Ricky Anderson gave an update on his school. Updates included the Lucerne Valley Roadrunners handing out gifts to families on December 21st, and the school looking into “Universal Design,” which is the “design of buildings, products or environments to make them accessible to all people, regardless of age, disability or other factors.” When asked by Mr. Livingston how the school’s reopening to hybrid education is going since coming back from Winter Break, Mr. Anderson said, “Our attendance is growing.”
LVUSD Assistant Superintendent Nate Lambdin, who also serves as co-principal of the Middle High School with Kelly Boeing, announced that professional photographer/educator Sarah Alvarado will be teaching a few photography classes for the school’s CTE program. Also, Middle School teacher Naomi Oyadomari will assume responsibilities for the AVID program with teacher Matthew Roehl heading an iReady class. Mr. Lambdin also spoke of Jessica Haecker’s many contributions as a Specialized Academic Instructor (SAI) teacher. He said that 70% of SAI students are choosing to come to school rather than distance learning.
“It makes a huge impact for the kids to be here,” Ms. Haecker said, “and they’re glad to be here.”
Ms. Boeing said students are giving their input on nominating Students of the Month, who will be announced soon.
Teacher Cindy Lazenby, who oversees the school’s Virtual Academy, said she will soon present Pegasus Awards to outstanding students. She also said that NASA educator Julie Taylor may be involved in a celebration of the landing of the Mars 2020 Perseverance Rover on February 18th. (See story on Julie Taylor HERE.)
Vici Miller, lead special education teacher for the district, said “parents are really, really happy” to have their students at school.
Mr. Livingston mentioned that an article on the district’s successes during a difficult time is featured in the California School Boards Association quarterly magazine.
The superintendent also announced by Chief Business Official Douglas Beaton recently completed the University of California Riverside Extensions Chief Business Officials training program. He also said that the district’s Executive Assistant, Melissa Cook-Rodriguez, has been appointed a District Representative with the Credential Counselors & Analysts of California's Presidential Advisory Committee.
Also during the administrator reports section of the meeting, Board President Tom Courtney shared his thoughts on the district.
“I can’t be more proud of our teachers,” Mr. Courtney said. “People ask, ‘How did you get your teachers to go to work?’ You can’t stop them. They love their kids.”
He continued: “We are a model district. It’s hard work. It’s dedication. It’s care.”
Also meeting attendees gave board member Ruben Medina, who is on the mend after battling health challenges, a hearty round of applause.
Board Vice-President Jessica Risler, who referred to Mr. Livingston as “a super hero,” said, “2020 was hard. You guys rock!”